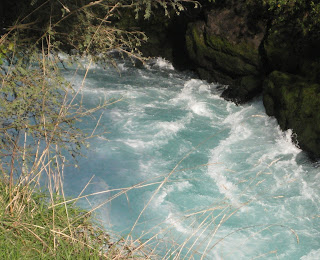 We just passed an election that in many people's mind resolved the dilemma of a minority government. The bottom line is that 60% of those who took the trouble to vote against the eventual winner will now live under the direction of the party who gained only 40% of the vote for the next four years. Is that really what we wanted when we went to the polls?

I think it might be fair to say that most voted against something. The four parties that lost have more in common with each other (well maybe one exception) than any of them do with the winner. Many people found themselves trying to guess who was the most likely to prevent one party from winning. Others tried to figure out which of the five main parties (and a few less successful parties) best matched their personal philosophy and vision of the future.

The results were not unusual in the sense that under our system one group by concentrating its efforts can gain disproportionate results. Those who win (or even almost win) under this system resist any changes, even ridiculing any suggestions to change. Most people just accept it, even though decisions are made against their preferences.

In a practical sense one way of dealing with the rules is for parties to join other parties with similar philosophies so that they can avoid "splitting" the vote. The Progressive Conservatives and Reform party took that route and it has worked out well for them. For the voter there were subtle, but significant differences which now are blended together and lost to the voter. There is talk that the Liberals should seek a union with the NDP and maybe the Green Party should join with one or the other. Under the present rules there is some logic to that idea.

The voter is often overwhelmed trying to decide who to vote for. In some ways it is easier if there are fewer parties, but in other ways that is not true. There are differences and voters have a wider range of choices when there are more parties.

A big concern is the large number of Canadians who didn't bother to vote. Are they all lazy? or stupid? Others found themselves not voting for their preferred choice, but rather strategically against a party they dislike. It is not always articulated, but most of us feel our vote is a waste of time.  In some cases we know our first choice is an overwhelming favorite. In other cases we realize our candidate really is very unlikely to win. You can argue that every vote counts for something (encouragement for the future, some added moral authority, maybe even the $2.50 given to the party), however that can seem not worth the effort  of rearranging our schedule.

Proportionate voting in its many variations has been ridiculed, but generally by those whose candidate won by being the first past the gate post. Some critics point out that if you have too many political points of view nothing important will get accomplished. Well under our present system it is very possible for a winning strategy resulting in one party ignoring the wishes of the majority of citizens and do so in a very self righteous way.

I feel more people would vote in the first place and more people would vote their first choice under a reasonable proportional system. At one end of the scale the Green Party finished last with only 3.9% of the votes, but got even less power, 0.32% of the Parliamentary seats. That means that they can be ignored by all the other parties who do not need to consider their concerns. Often a small party's power resides in raising issues of conscience that do force the other parties to adapt their policies. Still the results mean that many voters feel they are not being heard and it really wasn't worth the effort.

If I have hit a chord I would suggest you can explore this further at http://www.fairvote.ca You will find that people of all political persuasions see merit in proportional voting. Don't let those satisfied with the present system dominate the discussion.

I feel that more people would vote if they knew their vote could really make a difference and help put someone who shares their general feeling a voice where it really counts.
Posted by John F Davidson at 3:32 PM