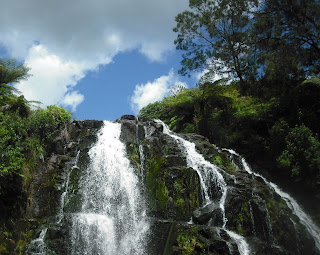 I just finished sending off a cheque to the Receiver-General so I am little more conscious of taxes than usual. Ordinarily taxes are quietly deducted from my pay before I get to spend anything.

There is a lot of criticism of taxes. How they rob hardworking citizens so others can waste our money, re-distribute wealth thereby causing laziness and that it kills business. I hear some people say the best way is to have a flat tax rate. Others complain that the free market can handle much of what government does better.

To all that I say--BALONEY! (I have been told to watch my words).


There undoubtedly is a lot of waste and it is true that decisions how to calculate it, collect it and spend are political.

I subscribe to a viewpoint I first read through Steven Covey. When we are born we are totally dependent on others to survive and as we get older we gradually become more independent until at some stage we are independent. In truth we are really always inter- dependent and that is our strength. Certainly some people are more commercially talented, more hard working and in some cases more lucky and although I am envious of some of these people I do not begrudge them their success.

We take a lot of our fortunate circumstances for granted, but we all in very basic ways are dependent on others. The person with the great idea, willing to work hard and take a risk needs one thing above all else--customers willing to pay. Some people focus on what effort will result in the biggest payoff--actually almost all of us do, but some people are cleverer than others. Is it wrong to try to figure out how you can get the most money for the least effort? Society admires those who take a longer view to find the most worthy results, however the biggest rewards often go to those who can manipulate the most number of people or the largest amounts of money.

From the top to the bottom we are all dependent on others. We thrive in atmosphere where talent (and basic skills) are developed in a safe, environment.  We thrive when communication flows easily. We thrive when our environment encourages health. We all thrive when positive talent is discovered and developed. If the bottom is hurting the top is missing something although no one can be sure just what.

We have a progressive tax system that is under assault. Although the bottom 90% by definition have more votes it seems the top 10% by definition with more money have a louder voice. They supposedly create the jobs, they supposedly work the hardest, they take the necessary risks and they are hard done by.

A progressive system actually does treat everyone the same, unlike a flat tax system. An arbitrary standard is set at a point where nobody pays any tax to an income level.  It is like an acknowledgement that those at this income level need what little income they have to survive in food, clothing and shelter.  Another higher standard is set where income earners pay the lowest tax rate. This acknowledges that people in this income bracket have achieved basic necessities, can afford to eat, have reasonable housing and have some choice in clothing and have some disposable income. At different income levels people have more disposable income and thus can contribute more money to the overall benefit of the country. On the first level we all pay exactly the same--zero. At the next level we all pay the same taxes. At each successive income level everyone pays the same tax rate, but only the higher rate for income above the lower income bracket. Those who have more disposable income after admittedly arbitrary calculations pay more taxes. For all income levels no matter what the total taxable income, the taxpayer pays the same.

Tax loopholes are also political decisions. Intended to encourage investments that benefit the whole country. Sometimes they accomplish something worthwhile, other times it is questionable.

It all goes back the fact that we as humans prosper best when we recognize our inter-dependence and optimize it. As Oliver Wendal Holmes said, taxes are the price paid for civilization. There is much to be grateful for what a government has done and what it can do. But yes, it is our money that we have consented to be put to good use and we are entitled to supervise that use and argue over how it is calculated, collected and spent.