OSAMA BIN LADEN AND THE QUESTION OF TORTURE 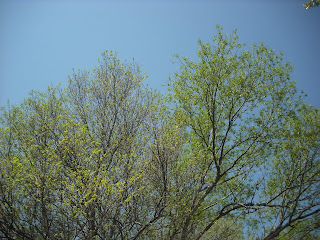 I had intended to write about something else, but with the death of Osama Bin Laden stirring all sorts of reaction I wanted to get my two cents worth in before it becomes yesterday's news.

Like most, I was caught off guard and surprised by some of the details. Three moral questions, at least have arisen that I would like to comment on.

First, does this justify torture? I think some of the people claiming that it does are trying to justify their own behaviour and/or take some of the credit. Their political concerns are mostly shameful.

We all can acknowledge that we have secrets that we don't want everyone or particular people to know. If we are sufficiently threatened we tend to acknowledge the simple ones. I recognize at some point I would tell you whatever you want to know if I thought it might end my suffering. Some people are tougher than others, some secrets are more critical than others and some would simply lie. In many cases they just don't know. The effectiveness of torturing is not the main reason why torturing was originally banned.

Two reasons to ban torture are still relevant. One is to discourage our enemies from torturing "our" side. It is argued our enemies are uncivilized and will torture anyway That may be so, but our example does have some impact, however small. The other reason is our image--are we the sort of people who torture.

Getting information can be very vital to our survival, but is torture the only or best way? There are some intelligent people that think that other methods can be more effective. I hope I am never in a position where it matters, but I will respect an honest judgment. What I don't respect is a ritual of torturing as the only solution.

The President, Barrack Obama has been criticized for not wanting to publish the photo of the dead Osama bin Laden. A photo would help assure me that he is no longer a threat, but I am reasonably certain that is the case. Bearing in mind the reaction to some Danish cartoons I can foresee the danger of inflaming some people. What is more important? I would say let things calm down before bringing up the subject again.

The third moral question is how do we treat Pakistan who many assert had to be actively hiding him. I don't doubt there are more people in Pakistan who sympathized with Osama Bin Laden than you find in most other parts of the world. It does seem almost impossible that some authorities would be unaware of his presence. We will never know all the intricate details, but I suspect the Pakistanis did help.

They are in a very tricky position. There is definitely strong anti-American feelings and they cannot be seen to co-operate too closely with their American allies. In very significant ways they are more victimized by terrorists than we are in North America. It is not in our interest to make the Pakistan government look bad to their people. It is not in our interests to further inflame their feelings. As Obama said this is not a time to "spike" it in their face. Most people can understand the American desire to revenge the death of so many Americans who also fear Osama would be plotting as he apparently was to kill more of us.

UPDATE:  Apparently the Americans used a vaccination program as a cover for pinpointing information on the location of Osama Bin Laden.  This has resulted in vaccination program employees being killed and others intimidated setting back their program.

I offer these opinions, but do not want to dwell on them.

An update on torture:  http://www.therealjohndavidson.com/2014/12/torture.html
Posted by John F Davidson at 2:21 PM