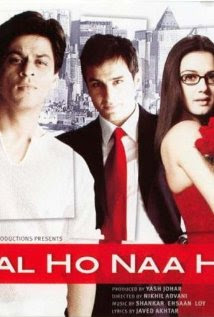 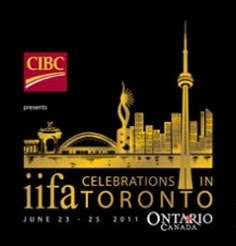 If you are one of those Canadians whose only awareness of Bollywood comes when you channel surf you may not realize that Bollywood is coming to Canada in a big way. So what, you say.

As a WASP, my route to Bollywood has been herky jerky, but I realize it is a BIG DEAL (or opportunity for some). First India makes more movies than North America (with a wide range of genres and styles). Second they have spent a lot of money in Canada and the United States and seem to enjoy doing so. Third, it is time to develop some appreciation of what turns on over one fifth of the world's population.

The International Indian Film Academy (IIFA) has been putting up big awards show since 2000, always outside of India, covering Europe. Asia and South Africa. This is the first year it has been held in North America. One of the reasons has to do with the Toronto International Film Festival which impressed some key decision makers.

June 23rd to 25th is shaping up to be a very big weekend with promotional activities already started. They put on an impressive show with lots of celebrities, and dazzling performances from some top Bollywood stars and local performers, capped by the awards for the best contributions to the Indian films of the past year. They have some interesting awards in addition to the usual sort you expect at the Oscars. For instance they have an award for the top comic actor, the top negative (Villain) performer, playback singers (those who do the actual singing that is synched by the actors on screen) and Dialogue writing.

Before the weekend there are dozens of activities all around Greater Toronto including free films in parks, celebrity events. Some movies will be premiered here in Canada. The big awards event will be at the Rogers Centre and they anticipate a sell out.

Politicians have not been slow to take advantage. In the recent election Steven Harper had some Bollywood stars, such as Akshay Kumar who danced with Laura Harper at some of his rallies. Akshay was one of the torch bearers for the Olympic Games held in Vancouver. Dalton McGuinty has taken part in photo ops including with Preity Zinta (to the right in above photo) and Anil Kapoor to promote the upcoming events.

To make their movies more glamourous Bollywood film many of their movies overseas. Toronto has been a favorite. They don't pretend it is another city--they glory in it being Toronto. One of my favorites Kal Ho Na Ho was set to be filmed in Toronto when the SARS scare occurred and they were forced to switch to New York. Still there is one part of the movie that shows recognizable parts of Toronto very positively. After the scare they looked for more reasons to come back and found them. A recent release "Thank You" is very clear the story takes place in Toronto. In a few weeks Russell Peters will be seen in co-production, called "Breakaway" about a future Indian striving to make the Toronto Maple Leafs.

Some of my favorites include Shah Rukh Khan (pictured left in first photo), Aamir Khan, veteran Abitabh Bachchan on the male side with upcomers Imran Khan and Ranbir Kapoor. On the female side I love to watch Kajol, Preity Zinta (to the right in above photo), Kareena Kapoor and newcomers Deepika Padukone and Asin. An impressive producer, director and actor, Farhan Aktar still might be considered young. Who are your favorites?--love to know.

Many hate the term Bollywood and I use it mainly to make sure you know what I am talking about (or at least think you do). India is a huge country with diverse cultures, speaking many different languages with English being one of the glues. Bollywood was a combination of Hollywood and Bombay--Bombay is now Mumbai. There is more to Indian movies than Hindi musicals based in Mumbai, but why not let go of your cultural inhibitions and enjoy--billions of others already do.

Here is a link to see what is up before you miss a unique opportunity: www.filmicafe.com/iifa2011.php

Bollywood is certainly one of my favorite topics and I plan to blog about it at least once a month.

First photo is of a favorite Bollywood movie, "Kal Ho Na Ho" the second is the IIFA logo for Toronto.
Posted by John F Davidson at 5:17 AM