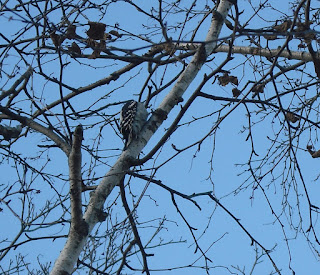 You are surrounded by interesting people.  We all are, but it is only a few that we really get to know.  This is a fictionalized account of my conversations with a real woman twenty years my senior.  The incidents are real, but to protect some privacy the names have been changed. Let's call her Jane.

It happened by surprise.  I was not being given more assignments at work and what was my main source of revenue was being squeezed.  One of the partner's mother was in need of a regular ride.  She had recently had her license taken away by the family after an accident and wanted to visit her ill husband in a retirement home.  It worked out to my advantage as not only did it give me something to do I was also able to keep in touch with my remaining contacts and the office by using WiFi at a nearby library. If you know me you know I like to spend time at libraries.  In fact this is how I came to renew my library card for my work city so that I now had two library cards.

She usually stayed upstairs napping and used a stair lift to meet me.  As she was hard of hearing I watched to see if the stair lift was up or down.

The partner joked that it could be an adventure like "Driving Miss Daisy."  Although I had seen a stage version as well as the film version I was a little hazy on the details.  Although our conversations were mostly limited to about two ten minute drives each trip they became fairly candid.

Over time I came to know Jane quite a bit and in fact some things her own family didn't know.  I will relate a variety of things I learned.

She told me about an experience where she and her husband drove to a friend's house to return a scarf.  It was obvious they were home, but nobody would answer the door and eventually they gave up.  She and her husband agreed the couple were probably having a fight and then told me about one fight she had with her husband.  One was over a toothpaste tube and while they were at it some neighbors attempted to visit, but were ignored at the front door.  Eventually the neighbors tried the back door and got their attention.  Jane said her husband during a fight usually tried to make a joke, but that just made her madder.

Her husband had been engaged before when they both lived in England and his fiancee had tried to marry him before he left for the European mainland as World War II broke out.  His mother sent him a marriage notice and awhile after sent a birth notice.  Jane met him after the war and said she was careful to not let him get away.  Eventually after marriage he left for Canada and the two built up a family in a mid sized Ontario town.  Later he formed his own company and moved to her present city.

Once I told Jane about an experience I had booking a hotel room for a celebrity visiting town.  I was stunned to be asked if they wanted a double bed or twins and even more surprised to learn twin beds were preferred.  Jane had a different experience.  A co-worker in England had been asked to book hotel rooms for her boss and a girl friend and was instructed to always order a double bed.

Deciphering vanity car license plates had become a favored activity which I joined in, even to the point of asking the driver.  It was fun and in some cases I learned some things of interest.  In one case I met a man who had his car license attached to a walker and it detailed airplanes he had piloted.   One man bragged on his plate that he had done an 8 ender in curling and a hole in one in golfing.   One identification showed me she remembered a tv show (Hawaii Five-0) that we had both watched way back in the 60's and 70's.  We were mystified by one plate but I suspected a sticker was a clue and it turned out a fan of an Australian football team in Adelaide.  Having married into an Italian family I was able to identify a fellow outsider labeled a cake eater (an Italian reference to non Italians is mangia cake).  Another plate from a co-worker led to a personal revelation.   One I recalled and told her was "2hot4U"

Learned the sister of her husband died several years ago but everyone was afraid to tell him.  He kept asking when visited and she made up an excuse.

Sometimes I picked her up from a hairdresser.  She had a favorite, but one time someone on the phone told her her favorite had left and made an appointment.  On another visit she learned her favorite hairdresser was still there and had been and she booked her appointments more carefully.

She had a sister from England (from the original city Jane was born in) who liked to visit, let's call her Mary.  I took the two of them back and forth.  Mary was younger by about ten years and very protective.  I watched a number of British tv shows and we had mutual favorites.  She recommended one I had not heard of "In line of Duty,"  It became one of my favorites.  Jane's two sons, and a niece took her out dining and somehow the two sisters developed a liking for quesadilla.  The English sister was disappointed she couldn't find any in England.

I learned a bit about a significant city in England.  Never been to England and have a warped view centered on London and a few cities I've watched on tv.  Until you actually travel to a place you have only a vague idea.

Jane trusted me enough to leave the front door unlocked when I was expected.  Part of her concern was that she had trouble hearing and didn't want me to freeze during the winter.  One time I found her in pain and undecided about to go or not.  I persuaded her to go to a walk in clinic.  She was given an x-ray that I had arranged to be sent to her family doctor who she was visiting the next day.  She was in obvious pain, but it turned out not to be a break.  The doctor did notice that she had had previous breaks that had healed.  It was awhile before the pain subsided and made an extra effort to avoid bumps.

Apparently her husband at one time suggested to the oldest son he should get a vasectomy, but was brushed off.  Not too long afterwards his second wife (who also already had a family of children) got pregnant.  Several years later I met their new son.  My wife had met him earlier through a medical visit and was impressed at how polite he was.

She was concerned about her children and grandchildren  Both her sons divorced.  She had become so upset that she burst out crying at her doctor's who prescribed a tranquilizer.  She was very grateful to maintain a relationship and talked to one grandson who had been worried.  She was concerned that one grand-daughter had broken up with her boyfriend.  My experience with her family had been very positive

I never met her husband, but learned he was suffering dementia.  She confessed to me that he sometimes swore very offensively to her.  She mentioned that he also had poor fitting teeth and I suggested that perhaps that added to his irritation.

All good things come to an end.  I took a vacation to New Zealand to see my son.  When I came back I learned that her husband had died.  I learned at my office, but she also phoned and thanked me for giving her rides.  When I started out with an 88 year old visiting her 94 year old husband I realized the odds weren't on the side of longevity.

She had kept me informed of her medical problems which included cancer.  She was told that she a slow developing variety and the doctors had decided against surgery.  I was informed by my old work place after I retired that she had died in her sleep.

PHOTO from her driveway I heard a woodpecker and this time I had my camera handy--I had missed a chance at some more colorful birds.
Posted by John F Davidson at 9:40 AM