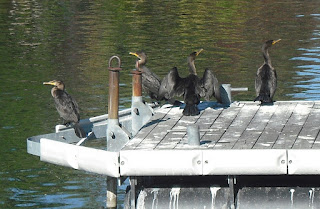 Why write about Vice Presidential nominee right now?  First, it is quite often a critical factor in the final ballot in November.  Some examples I would suggest include Sarah Palin, Joe Biden, Al Gore, and Mike Pence, each who had a crucial role for significant niches of voters.  Second, although it is premature to make a public announcement it is always timely to look out for logical possibilities and
work towards them while at the same time maneuvering for one's own benefit.

Sarah Palin is a lesson by herself.  Loved by many, but she turned off enough people who were concerned that John McCain could die and leave the presidency to her scatterbrain that it affected the election.  The other three all added something positive to the package, but I would like to draw attention to Mike Pence.  Paul Manafort saw a weakness in Trump that he rightly thought could be rectified with a strong evangelical.  Trump has done a lot to suck up to evangelicals, but many feel more assured that one of their own would help pursue their agenda.

The field is narrowing, but it seems likely it will be several weeks before the Democrats nominate a presidential candidate and many will hang on due to hope or a feeling of obligation or pride.   They  have unfortunately also been narrowing the diversity of their candidates.  The Democrats have built much of their strength on diversity and need to get a turnout. to seize power.  Black women are supposedly their most reliable voters.  Of course policies are critical, but getting the vote out is decisive.

The question is probably being negotiated right now.  Candidates are trying to figure out if they can make a deal to eliminate a competitor or give up the battle and try to get the vice presidential nod.  And naturally each is assessing possible running mates to maximize their chances of winning the presidency.  They have to be careful not to offend someone they might later pair up with.  It is a delicate balance because they also have to attack rivals.

There are a limited number of possibilities for the top of the ticket and each one has their own needs.  White man, older, younger, gay, white women, Asian, billionaires, moderates, democratic socialist.

Comparing policies is useful and many seem ideal.  Realistically they will run into resistance from voters (in the form of polls, protests, etc), the Republicans, their own party plus businesses (with logical arguments or corruption).  And it depends on how much power the voters give them on November 3rd, 2020.

My favorite candidate is still Kamala Harris, not so much for diversity or even policies, but her style.  She demonstrated very well on congressional hearings that she is prepared and is good at sequencing questions.  Understands root causes.  I do like the way she handles questions.  She has appeal to blacks, Asians and women.  She would do well in debates and give a practical balance to a ticket with almost any presidential candidate.

Another favorite candidate is Cory Booker.  Well liked, but likely the assumption another black man would not likely beat Trump.  He is well liked and even regarded.  However he would boost any non black nominee with a prime audience for the Democrats.

Still on the minority client Julian Castro has positioned himself well by endorsing Elizabeth Warren and pulling over his Hispanic endorsers.  He would be a good match for others.  He may have squandered chances with other candidates, but depending on circumstances he could be what gives the Democrats enough credit with Hispanics to win the election.

Jay Inslee would prove the seriousness of climate crisis soldier.  He might work best with a woman or minority presidential nominee.  Governors carry executive experience.

Andrew Yang is not likely to get the top position, but has one of the best ideas which I see is inevitable.  Future jobs are threatened by automation and artificial intelligence  I am not sure that he would attract enough minority voters, but he would attract the youth vote and intellectuals.  He is the most future oriented of the candidates.

Overlooked another significant candidate, Deval Patrick who since dropped out.  He certainly is worthy as a former governor with a good record.   From where I view the contest he is too far behind, however that could change fairly quickly.  As the last African American in the race it would take only a few good breaks and he could win it all.  Or he could make himself a logical Vice President nominee.  His Governor experience would give executive credibility.

I am reluctant to favor the two billionaires, although they both have merits.  They will be seen as protectors of Wall Street.  Inevitably Wall Street money will be part of the equation, but the Democrats should project concern for the masses, not the wealthy.

Are there are others besides rejected candidates.  Stacey Adams  is well regarded and working successfully on voter registration, an obstacle that she has identified.
Alexandria Ocasio-Cortez is young, articulate and atrracting attention.  She would be risky for Sanders for the socialism angle, but age counter balances
Sharod Brown  projects experience and is a very good talker.  Beto O'Rourke has appeal for Texas which would be a big win for the Democrats plus he also has appeal for Hispanics.

Among the remaining candidates:  Elizabeth Warren fits the bill as a progressive (consumer protection) woman, but would not be suitable should Bernie Sanders win as it will put too much emphasis on socialism which we know will be ignorantly used against them.  On the other hand she might well be good for a male moderate as a reassuring balance.

Pete Buttigieg has a realistic shot at the top job and has earned a lot of respect and name recognition. As a moderate, gay, veteran, and very articulate, young liked by intellectuals he could balance any of the older candidates or a woman.

Amy Klubochar, after New Hampshire seems more viable for the top as she is moderate, articulate, mid westerner female with a never losing record.  She has also improved her leverage for Vice President.  A moderate woman she might be a good pairing for a progressive male (Sanders) or a newcomer (Pete Buttigieg.  Two women would be risky.

Joe Biden could improve in more favorable states, but it is an uphill battle.   He might not be ideal, as already been Vice President.  It would be weird if asked Barrack Obama, but I think Barrack should be offered Supreme Court position

Is there an advantage to publicly announcing a VP choice in advance?  Risky?   Yes, but  the candidate needs to assure primary voters that they recognize the need to represent everyone.  Possibly near the end of the process.  Vetting process takes time.  A handicap Democrats will endure is that while the Republicans are settled on Trump who has already long been on the campaign trail, they have to wait until the presidential candidate is decided.  The Vice Presidential candidate also has potential to create attention.   The presidential candidate has to be comfortable with the running mate.

Geography should only be a minor consideration, but a candidate has to represent everyone.

After the Iowa caucuses and New Hampshire primaries trends will develop and decisions will have to be made.  Some are dropping out and with the bandwagon effect it seems like a three person race with possibly two outsiders and perhaps Mike Bloomberg.  Bloomberg seems less likely as a Vice President although with his money if he wanted it it might happen.
Posted by John F Davidson at 11:16 AM