The Lighthouse of the Orcas 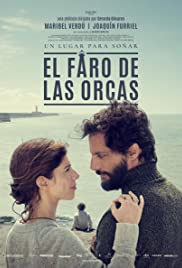 During the Pandemic movies have provided me with enjoyment and solace.  Streaming services and the library offer a lot of treasures and one can be selective.  My tastes are likely not exactly the same as yours, but there are as likely also commonalities.  "Lighthouse of the Orcas," available on Netflix is very moving.  Based on a true story means it has some relevance.  With a real natural theme it will resonate with most humans.

The movie offers a closer more intimate view of killer whales.  The protagonist based on the life of Roberto "Beto" Bubus who physically contacted and played with the whales.  The killing part is brief and perhaps brutal, but also natural when the whales come on shore and kill a sea lion.  Beto loves the seals and sea lions and rides a horse.

The movie starts with a mother bringing her 11 year old autistic son from Spain to the Patagonia region of Argentina based on a nature video that stirred her son.  The lighthouse keeper who is under pressure not to have physical contact with the whales is not very co-operative with the mother's desire to help her son and quickly dismisses her.  He decides to look up autism and changes his mind.  Nonetheless his boss is adamant that he would not allow any physical contact between the boy and any whale.  Firing is threatened.

He sets out to win the boy over and it is very small steps that move in the right direction.  There are feelings developing between the mother and Beto, but she resists because she fears being abandoned as her husband had done.  While progress is being made with the boy and the relationships, the father back in Spain is making legal demands that cannot be denied.

Autism is portrayed realistically.  The boy mostly has a vacant stare, except is disturbed by noise and other children.  When he is happy he wiggles his fingers.  The whales get his attention and he responds by following how Beto gets the whale's attention by pounding on the water.  He later shows interest in grooming a horse.  In reality Beto did go on to work with other autistic children showing that nature therapy often helps autistic children.

Gerardo Olivares, the writer and director born in Spain had done a lot of traveling doing documentaries involving wildlife and later began working with fictional features.  He has also been a cinematographer and editor.

Pascal Gaigne, wrote the music.  He was born in France, but now lives and works in Spain.  The award winning composer has worked with directors from Spain, France, Cuba and Finland.

Oscar Duran handled the cinematography.  One of the outstanding features of this movie is the whales which are mesmerizing.  Filmed mostly in a remote part of Argentina.

The actual subject of the film, Roberto "Beto" Bubas wrote the book of his experiences that is the basis on the film and took part with a stunt role.

Maribel Verdu, plays the mother coming from Spain in hopes that her autistic son might benefit from meeting a man known to work with whales.   She was born in Spain and has acted in Spain, Mexico and Argentina.  She did television commercials before getting into films at the age of 13.  The award winner has appeared in such films as "Belle Epoch" (1992), "Y Tu Mama Tambien" (2001) "Pan's Labyrinthe" (2006), and "Biancanieves" (2012).  After two years without a role she had given up on acting until Guillermo del Toro approached her for "Pan's Labyrinthe."

Joaquin Furriel played what might be called a whale whisperer who lives by himself.  Born in Argentina he started acting in television series in 1998 and did his first feature in 2011, but still spends most of his efforts on television.

Joaquin Rapalini plays the 11 year old  autistic child so well that some assumed he was hired because he was autistic.  From Argentina he performed in a few films before this one and has done a few since.

A trip to Nova Scotia and a few hours on a whale watching cruise are very fond memories.   It is wondrous watching such creatures in their natural environment.