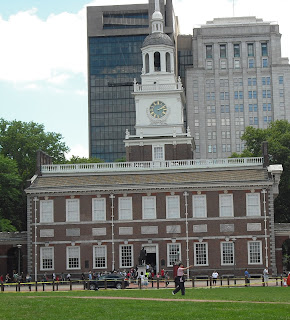 The Republicans lost the presidency and control of the Senate, although they did improve their minority position in the House.  Control of everyday life seems to be with legislators, but really it is the voters that need more control.

Instead, after reviewing their strategy and analyzing the results, Republicans at the state level have decided to tighten up voting regulations which to most observers (myself included) will make it more difficult for citizens to vote.  They say they are concerned over election security, but others are more honest and admit they need these new rules to ensure they get elected.  Georgia has been pretty blatant, but others are doing the same thing.

One politician, pretending to be frank suggested some people are not qualified to vote as they don't understand the issues.  He's right.  None of us do.  The people he thinks are qualified really have been fed so much misinformation  that they often vote against their own self interest.  Few are really taught critical thinking and are susceptible to repetitive advertising.  The wealthy, with vested interests control a large share of the messaging that goes on.  In turn their elected legislators set the rules.

No one understands all the issues.  The issues are explained and prioritized.  Most voters have their own set of priorities and if they hear the right words from a candidate that simplifies their decision.  Unfortunately many of the words can be misleading and others confusing.  It is difficult to determine what is really in the voter's best interests.  It boils down to government policies effect everyone and all responsible citizens would want to vote for someone they trust to make the right decisions.

Very often the Constitution is cited as the most basic law of the land, but because it was written by men with vested interests it is not perfect.  The idea of balance is a good one, but in reality is difficult.   The southern slave holding states were concerned that they could be outvoted by the northern industrial states and forced some compromises.  Relatively less populous they got an agreement that slaves could count as 3/5 of a person so that their populations would be closer to that of the northern states.  To really make up the difference they also engineered a setup where each state had two senators regardless of population.  As one of two legislatures that meant they could balance against the House of Representatives that was based on population.  Furthermore in deciding the presidency the electoral college was set up so that each state would be given electoral votes equal to the number of Senators plus the number of Representatives.  A small state actually had comparable  leverage to the bigger states.  In the beginning the senators were actually appointed by each state legislation which would be one step removed from the voters, who were only propertied white men at the early stage.  The result of all this was that of the first 12 presidents 10 were slave owners with the exceptions of John Adams and his son John Quincy Adams.

A more modern innovation has been gerrymandering which has been done by both parties.  The state decides the boundaries of each representative district.  Computers have enabled the parties in control of state legislatures to calculate where the most optimal lines can be drawn.  It has now become common that while one party gets the most votes in a state, the state may send to Washington more representatives of the other party.  The decision of which candidates represent a party is generally chosen by fewer voters in primaries.  Thus we have elected members more afraid of primaries than the general election with good reason.

A rule in the Senate (not originally in the Constitution) requires that on particular votes 60 votes (out of 100) are required to pass laws.  Currently that means that Republicans can block much legislation.  The Democrats currently have 50 members, but the Vice President can break ties when the filibuster is not in effect.  There are tricks that can be done, but the minority Republicans have disproportionate leverage.  It is now such that the minority party (representing fewer voters) can block legislation that is favored by most Americans.

It is easy to see how vested interests can leverage power.  What about the voter?  They should be able to have their wishes respected, but in fact it never seems to work that way.

The Democrats are not angels, but one needs to study the Republican agenda.  Basically they want lower taxes, fewer regulations and less government spending.  Everyone can easily agree to less taxes and at one time or another complain about bureaucracy.  Government spending is subject to personal opinions and one can be certain there are differences between well off people  with power and the majority that are less well off with little power.  Still most voters understand that the Republicans represent big business.

What can Republicans do to gain support from voters?  They have the money of the rich and powerful (or most of it) to not only bombard their messages (please note how legislation and courts supported by judges picked by Republicans has allowed the rich to more anonymously donate more money).  The message is easily distorted.  http://www.therealjohndavidson.com/2020/01/one-issue-voters.html

One of their favorite tactics is to smear any progressive legislation with "Socialism" trying to associate that with evil, ineffectual dictatorships like the Soviet Union or Venezuela.  There are already many Socialist tools in America that have made life better for millions with social security being only one example.

Most people can understand the Republican economic agenda favors the wealthy and in practice hurts the majority.  They have learned that people can be persuaded to vote on their issue priorities.  The Republicans have found a few issues that are decisive for many voters.  Abortion is a big one.  Another big one is gun rights.  As gays have gained some rights others want to cut them down.  On top of all this is racial prejudices and fears.  Pretty much all of these are distorted to the detriment of all voters, but they see their one issue as being paramount.  Progressive legislation which would benefit all is dismissed.

Polling results on specific laws often favors Democrats but they do not get the power.  Think of the Republican appointees to the supreme court.

The Republicans with their wealthy supporters are able to control much of media attention.  Blatant misinformation is all too common often delivered in self righteous tones.  Jane Mayer has some relevant thoughts on how dark money has become dominant; http://www.therealjohndavidson.com/2016/07/dark-money-by-jane-mayer.html

Fair elections give credibility which in turn makes it easier to govern.  Better decisions are made.

What can be done to protect the interest of Voters and Promote Good Government?

Many Europeans and even American political parties do not accept a head of government candidate unless they reach at least 50% plus one.  http://www.therealjohndavidson.com/2017/03/two-round-elections-food-for-thought.html  Why should the most powerful politician in the world be elected with less than 50% which means really over 50% prefer someone else?  Get that 50% fairly and those on the losing side can better accept the result.

Recognizing that despite what many claim, they really are voting for a party, a set of policies and/or traditions Proportional voting makes sense.  In the United States it could be done either nationally or more likely based on each state's population.   This would encourage multiple parties which more accurarely reflect human opinions.  More of my view:  http://www.therealjohndavidson.com/2014/12/your-guy-didnt-get-in.html

Yes it does make sense to vote for good people and to represent your specific local concerns.  It is possible to combine regional candidates with proportional representatives in at least two ways.  One is that in each agreed upon regional area you can vote for a candidate who wins first past the post while other seats are allocated on a larger scale. Two you can have lists that let voters know where their preferred and local candidates rank  so they can evaluate the probabilities of getting the representation they want.  This encourages political parties to be careful in how they decide on lists and not just favoritism.   There are voters who do vote for the person, even against other preferences.

For practical reasons after election results are finalized each party needs to be concerned how they represent the different regions of the country.  It would be relatively easy for the party with the most members, especially if they are well distributed.  Parties with lesser members need to take care of regions that voted for them and look for opportunities to cover areas not covered effectively by other parties.

Minority party rights are needed to assure voters that their voice does count.  Just because one party lost the election, doesn't mean their voters can be disregarded.  Looking at history it is very common for new ideas to be rejected until they are recognized for their value.  -Filibusters originally gave a minority party to draw attention to an issue.  Having a platform to express concerns opposed to established policies is important.  Under proportional representation most governments would be coalitions, but on some issues more than 50% votes should be required.  Inevitably there will be ideas that take a long time to percolate into acceptance, but the alternative might be a dictator who may or more likely not be both benevollent and knowledgeable.

Misinformation is too often a decisive factor.  During an election campaign time is very precious and it often seems that existing remedies take too long.  The politicians has concerns to control the flow of information and it must be admitted that some information is honestly mistaken.  Context is often ignored and creates its own distortions.  Independent authorities could be helpful, but difficult.

The number of Senators can be somewhat adjusted.  The city of Washington has more people than a few of the states.  Puerto Rico has a unique position, but is not recognized as a state.  Should these two areas be recognized as states there would be 4 more Senators that at present look likely to be Democrats.  Of course as a political issue there will be those who want to stop it and will use all their resources against it.

The voters did put candidates in power and should not be surprised that they want to stay in power.   The suggestions are really at best a starting point.  Political power either shifts very slowly or very abruptly.

If you are curious about my political evolution you can read:  http://www.therealjohndavidson.com/2014/04/my-short-but-educational-political.html