Should we defund the Police? What does that mean? 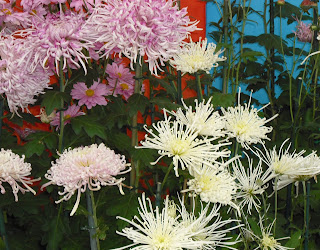 The big question put by some people is should we defund the police.  This is interpreted from a range of cutting all budgets for existing police forces to diverting some funds to other conflict resolving entities.  In the United States the situation regarding police killings of blacks has inflamed public opinions.  W. Kamau Bell recently did an episode of "United Shades of America" that inspired this effort.  No blog post is going to solve the dilemma, but my goal is merely to offer some thoughts to stimulate constructive decisions.

The slogan "Defund the police" is offensive to many.    Most everyone recognizes a need for police services, but lately with the greater use of videos we are aware of serious flaws.  With taxes being a dirty word there is a limit on how we can divvy up limited resources.  Part of the problem is that most of us think of taxes as a sacrifice instead of an investment.  Taxes should be thought of more like "the price of civilization." Some thoughts on taxation:  http://www.therealjohndavidson.com/2021/05/taxation-necessary-tool-for.html

Do we really want to throw the baby out with the bath water?  We don't want anyone to suffer unnecessary violence and death, but that is hardly the whole story of police.  A lot of what they do is not stated--their mere presence deters a wide variety of misbehavior.  Thousands and thousands of police officers have protected people from harm.  They have helped to recover stolen property.  Many have even steered misguided youth on a better path.  As in so many other issues a balance is needed.

Fear is a powerful factor, even more than greed when resources are being prioritized.  Politicians want power for different reasons, but the successful ones soon learn how to get attention.  Short term concerns are more effective than long term concerns.  Newscasts and newspapers learn to draw ratings with sensationalism with the motto "if it bleeds it leads."

Law enforcement will be a necessity as long as some humans harm or exploit others and we still believe everyone deserves a "fair chance."  Violence and theft are concerns we all feel.   It cannot be argued that everyone would obey whatever laws the majority agree to without some fear of possible violence or imprisonment.  On the other hand conflicts are normal and often require only a better understanding to be resolved.  An important factor sometimes turns out to be mental health.

Politicians have found that running on a law and order campaign guarantees a core following.  Some are fearful and others can be encouraged to fear all sorts of things, many of them unspoken.  Once in power the elected decision makers have to prioritize spending while also trying to minimize taxes.  If fear causes police budgets to be bolstered, it has to be offset with cuts elsewhere.  Parents value schools, but non parents see little value.  To me education is crucial for society to function:  http://www.therealjohndavidson.com/2011/05/central-role-of-education.htmland http://www.therealjohndavidson.com/2012/11/what-teachers-make-by-taylor-mali.html

How does education help reduce crime?   It must be admitted that education allows some to defraud others, but that should be minimal to how more people are liberated.  An educated citizen is not just one with a lot of knowledge, but also with the realization that no one knows everything.  A good education should suit individuals to their talents and opportunities.  Critical thinking skills may not be attainable by everyone, but the more that such skills are developed the better for everyone.

We are headed where the production and services expected by citizens will be done by fewer and fewer people.  This could create much greater inequality unless enough people take steps to avoid it.  Inequality would exacerbate violence and deception for those who are not satisfied with their lot in life.  This may well be another critical factor.

A lot of attention is being given to bad cops, but it would be unfair to depict all police as violent trigger happy racists.  Recruiting and training are key, but so are enforcing standards.  At one time a stereotypical image was of an Irish cop which in reality was the result of economic factors that discriminated against the Irish.  Today it does seem that blacks are one minority that has been attracted to law enforcement.

How does society attract decent men and women who can not only enforce the law, but resolve conflicts without using violence or even the threat of violence? That is a key question with no easy answers as such people are in demand elsewhere.  Given the right education such people do exist, but many would prefer other challenging vocations.  Pay and working conditions need to be considered.

Education is for everyone.  With the right education (and a fair economy) for everyone there may well be less need for law enforcement, but it is wise to assume humankind will never reach this level, at least not in our lifetime.  Too many youngsters drop out and too many others flounder for reasons that need examining.  Education needs to be a much higher priority and should receive more resources than police as they currently exist in too many jurisdictions.  It is true that most voters do not share this viewpoint when it comes to dollars and cents, but overcoming this obstacle needs to be a mission for everyone who has power.

We no longer live in isolated villages and need to better understand what makes other people function.   There are so many things humans with a variety of talents need to know that it is a separate topic.

Individuals need a general education, but also a specific education.  Those who will help enforce laws require skills.  Wisdom is not reacting to circumstances with set responses, but evaluating and considering reasonable options.  In dealing with other people  (in my opinion) psychology and sociology are useful to understanding people.  Diversity is actually normal even in closed societies, but too often discounted in open societies.  Some differences are obvious, if too often dismissed.  The more the differences can be understood, the less need for conflict.

As we have learned in medicine and science there is so much knowledge that we have to develop skills to co-ordinate various aspects of it.  Nobody has the answer to all problems.  One skill is to determine what higher level of skills are required.  The crux of dealing with problems is to understand.  If we can learn (and some of us already have) to apply skills more effectively there will be less need for forceful interventions.  Career guidance is key--theoretically everyone is suitable for some job, but some are especially suited for demanding jobs.

Some police forces have access to resources that allow them to use military weapons.  A few years ago there was discussion about sharing helicopters to thwart car thieves in the Toronto to Hamilton corridor.  It came down to there were other  options that were less expensive.  Force settles some problems, but aggravates others.  President Eisenhower wisely pointed out that a bomber displaced several schools.  Society has to decide more wisely where our resources are best allocated for the most harmony.

Police unions may be an obstacle to any rearrangement of resources.  It is their duty to protect members, and it should be expected they would want to protect job security.  We hear reports that too often they represent bad cops and have been effective in reducing any punishment.  Assuming that existing police jobs are displaced in favor of specialized conflict resolvers might it be possible for the same union to represent the new ones?  There are potential conflicts and perhaps the new members might feel they are not understood properly.

The core problem is people.   We are greedy and we are fearful.  We are not equal and are easily misunderstood.  But we need to get our act together before it is too late.  An effective police force supported by appropriate specialists could help steer us to a better future.  Even so, this would only be part of the puzzle.