What Will it Take? 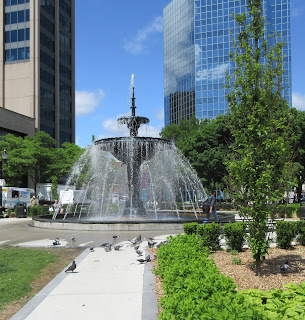 Most Americans and the rest of the world have figured out Donald Trump is very incompetent and even dangerous, but there remains a hard core of supporters who feel he is their saviour.  With the electoral College, campaign finance and outside malevolant forces (eg. Russians and other anti American forces) it is still conceivable that he might get re-elected.

One has to wonder what it would take to oust him in November?  Some of his supporters are claiming the bad news including the mounting death totals are just a plot against their saviour.    Some of us think that as the deaths increase the odds improve to get rid of Trump.  Does that mean we are hoping for more people to die?    I hope not, but what would it take?

Before the election there were a number of character flaws on full display.  A misogynistic immoral womanizer who lied was known to any casual observer.  Evangelicals have been very self righteous about much lesser transgressions in the past, but they overlooked and forgave in return for his explicit promises regarding abortion and other Christian concerns such as supporting Israel.  Others were convinced he would fight to lower taxes and de regulate so they could accumulate more wealth.  Many of the wealthy ones used their resources to tap into the prejudices of the ill informed.  He unjustifiably brags about himself and insults those he dislikes.  He even criticized heroes.

After the election it became more apparent that the Russians played a role in his victory.   Many sources maintained the evidence was questionable and circumstantial.  Hard to deny that Trump did many things the Russians wanted and that in the past Republicans especially condemned.  The Mueller Report was constrained in its evidence and was dismissed by many in power (media and political).  The Ukraine scandal was to anyone who considered the facts proof that Trump was trying to benefit himself against American interests.  Some people might have noticed that it also supported Russian interests.  All this didn't move the needle against Trump.

His actions in the Mid-East in part were designed to appeal to Evangelicals, but were detrimental to peace.  The Iran treaty rejection has many harmful results.  Abandoning the Kurdish forces suited the Russians, Turks and Saudi Arabians.  He even shielded a murder of an American resident.  These actions did not disturb his supporters and many found them laudable.

His dismissal of climate change and overlooking of pollution and food inspections were not big enough problem for his supporters while his financial supporters liked them.  Instead of being a world leader, Trump became an impediment to international co-operation to deal with global problems.

Another way he bought support was with tax cuts.  Most of his supporters were grateful if they got a few dollars more, but didn't realize that inequality took another big shift against them.  The deficit will squeeze them and already has begun doing so.  They haven't caught on to their own harm.

Now we come to the Covid-19 pandemic.  He has displayed a cavalier attitude towards the danger, ignoring medical advice, he seems more concerned about the stock market, big business and his own re-election.  He is aware of the statistics making him look bad, but his approach is to belittle them and try to manipulate them.  To most rational thinkers this is beyond the last straw, but he has tapped into people's resentments of not only elites, but also their own agony over pandemic restrictions.

Most of us are aware to some degree of suffering and look at the future in fear.   Like the electoral college distorts the majority votes, it only takes a small number of restriction violators to ensure there will be a second wave of Covid-19.  It is conceivable that the timing of the inevitable second wave will escape Trump and combined with other measure he will adopt give him another four years.  Most voters are not sufficiently aware of the Republican economic agenda, but they have found a social agenda paves the way to get elected.

What can we do?  There is already lots of evidence against Trump, but there is a big mountain of misinformation and misdirection supporting him.  The battle for credibility has been waged for a long time and it is noted that in fact the majority don't trust him.  But he doesn't need a majority as proved by the last election.  It also must be feared that even if Trump does lose the election his supporters might not accept it and that could be a serious problem.  Ideally we need to convince them Trump is not their friend.  Inequality really has been Trump's tool, but it is very ironic and should be easy to turn around.  He is a tool of the already wealthy.

Accuracy in reporting the stats should be more than enough to convince Trump supporters he is really not on their side, but that should not be taken for granted.  Apparently Covid-19 is hitting less populous areas that have voted for Trump.  They are victims of Trump and some are beginning to learn.  Now it seems the wealthy friends of the Trump administration are gaining at the expense of those with less power.  It is unfortunate that it is human nature to pay little attention to things that are far away, but to learn the hard way everything is connected.

Voting by mail offers a chance for the majority to get their opinions expressed, but there is resistance and it needs to be pointed out this is not only fair but effective.   The courts are being stacked and in ways that not only hurt progressive ideas, but also the common worker (and everybody else in many ways).  If ever it is possible, the electoral college needs to be reformed.  Campaign finance should be a concern to everyone.  Regarding the court system it may take a long time, but maybe not.

I am not hopeful and recognize it will take a very long time to undo the harm that has already been done.  We could be on the verge of another Dark Ages, but we could also on our way to a much better life for everyone if we could only realize we really are in this together.  Instead we have been divided, diced up and conquered by those powerful enough to control the levers.  What would it take?

From an earlier blog some of his enablers identified:  http://www.therealjohndavidson.com/2017/07/trump-enablers.html
Posted by John F Davidson at 6:33 AM