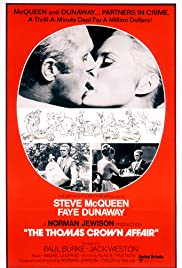 A few of my earlier blogs were devoted to Hollywood movie stars, but I would say they were mostly of my father's generation and watched them with my father.  Steve McQueen is more of my generation and developed the reputation of being "cool"  He never over-reacted to any of the stresses that are found in movie scripts.  Originally intended as a fan tribute, my research reveals he had faults and also that he had vision he was not credited with.   IMDB provided much of the information.

He has a troubled childhood and was raised partly by his grandparents.   Dropped out of high school in grade 9.  His parents placed him in the California Junior Republic for Boys at Chino which MeQueen claimed  "...straightened me out..."   He joined the Marine Corps at age 17 earning a commendation during a training accident.  He also was charged for being absent without leave.  One of only two (the other was Martin Landau)  of 2000 applicants accepted in 1955 with Lee Strasberg Acting Studio.

In the beginning actors tend to take whatever is offered.  Casting picks up on what works and with directors and producers and actors can find themselves in a niche.  Steve was "cool", but wanted to demonstrate versatility.

1956 "Somebody Up There Likes Me" uncredited part.  He disliked star, Paul Newman  and felt slighted.

"The Blob" (1958) was probably Steve's first big break.  The producer planning a science fiction movie spotted Steve on a short clip on a tv. show.  The director went to meet Steve who was a little unsettled, but with the producer and Steve's wife, Niele Adams they calmed him down and he agreed to do his part, later joking he should have asked for a percentage.  He looks younger which is appropriate as he is playing someone even younger than he was.  Steve wanted to see the dailies, but the director didn't want him to.  Eventually he accepted the producer's ruling not to.  Noted that he liked to motorbike up a steep hill, but was forbidden.

"Wanted Dead or Alive" tv series  1958-61 was occasionally viewed, but  mostly watched something else.

"Man from the South"  (1960) was a 25 minute segment on Alfred Hitchcock Presents as Steve was establishing himself.  This segment comes from a Roald Dahl story and also includes his wife Nielle Adams and Peter Lorre.  Steve is pretty cool in this as he accepts a weird bet that risks his baby finger.  There is a twist you might expect from Alfred Hitchcock.

"The Magnificent Seven" (1960) featured scene stealing from Yul Brynner when in their mutual scenes he can be spotted fidgeting.   Steve had to break from tv conract.  He had wanted the role taken by Horst Bucholz as he had more lines. Yul got married on the set.

Honeymoon Machine" (1961) a comedy which demonstrates McQueen does have a bit of a comic touch.

"The Great Escape" (1963)  with James Garner who he later became upset with as they were both competing for race car movie and James won.  For this movie James Garner and James Coborn persuaded him to return to the movie after he had left.  His motorcycle leap was perhaps his most memorable film action.

"Soldier in the Rain" (1963) with Jackie Gleason again demonstrated a comic touch.

"Baby the Rain must fall" (1965) showed Steve as a released prisoner determined to resume his career as as a songwriter and performer.  His singing voice was dubbed by Billy Strange.  Maybe not so cool.

"The Cincinnati Kid" (1965)  saw him up against veteran Edward G Robinson and he did his usual scene stealing.

"Nevada Smith" (1966)  he played a half breed seeking revenge.  He was alao an uncredited executive producer.

"The Sand Pebbles" (1966) filmed in Taiwan depicting a Chinese rebellion.

"The Thomas Crown Affair" (1968) saw at the theatre while at university. (multi screens to advance the story) when Norm Jewison decided to ahead with this story it turned out he shared an agent with Steve who enjoyed Norm's directing on The Cincinnati Kid. Norm didn't think the role suited Steve McQueen as it required someone who looked natural in a shirt and tie.  But Steve thought that was the sort of role that suited him.  Once Steve was on board it was easier to finance the film.  Steve managed to put some action into it  with gliding, polo, and golf. 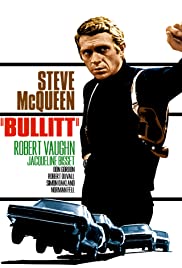 "Bullitt" (1968) years later went to San Francisco for one of his most memorable roles.   One of most famous car chase scenes that had been rehearsed with actual race drivers..

"The Reivers "(1968)  Watched in Kingston, while visiting friends at Queen's University.  Steve played a man who leads a young boy on a coming of age journey.  Somewhat of a comic role that earned him a Golden globe nomination.

"Le Mans" (1971)was a flop in which he lost money and led to a  divorce. His relation with director John Sturges fell apart.

"On Any Sunday" (1971) was about a documentary about motorcycle racing in which he made an appearance.   He was uncredited executive producer and helped to finance.

"The Getaway" (1972) re established his box office ranking and attracted him to Ali McGraw who he married.

"Papillon' (1973) paired him with Dustin Hoffman.  He took the jump off the cliff claiming it was one of his biggest thrills.

"Towering Inferno" (1974)   Steve had originally planned to be part of "Butch Cassidy and the Sundance" but was replaced by the lesser known Robert Redford.  There had been some discussion about billing credit to make the two equal and this idea was used in Towering Inferno.  Steve was upset that Paul Newman had more lines than him and insisted that be rectified. Paul Newman did some of his stunts while Steve brushed off restrictions and did a jump from a helicopter to the top of the building.  Steve helped put out a real fire with real firemen. 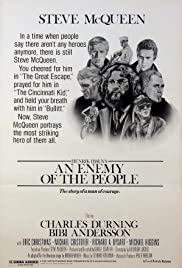 "An Enemy of the People" (1978)   executive producer.  A classic Ibsen play.  Bearded men.  A very different look, but also an indication he was not as concerned about his fans' reaction to his appearance as having a meatier role.

"Tom Horn" (1980) executive producer  His second last picture.  Not so much Mr .Cool   Western One story was that when he learned the rest of the cast and crew were staying at a cheaper motel, he opted out of his hotel and moved in with them.  Ended with a very stoical hanging.

"The Hunter"  (1980) was his last film and was cool in this sense that he was mostly unflappable during a wide variety of circumstances, except for being an expectant father.  Famous for his driving skills he was hampered by driving old beat up cars , a tow truck and even a Massey Ferguson combine.  Some spectacular chases. He portrayed a bounty hunter who was successful at talking bail jumpers into surrendering.  Steve had seen LeVar Burton perform and asked the producer to write in a part for him which adds a little humor to the script.

He took martial arts seriously.  He trained in Tang Soo Do.  He had his son Chad trained in karate by Chuck Norris.   He was a pall bearer for Bruce Lee.

Towards the end of his film career he noticed shortness of breath and gave up smoking, but symptoms persisted.  Diagnosed with mesothelioma generally thought to be associated with exposure to asbestos.  He has been exposed to asbestos while in the marine corps and later as a race car driver.  He underwent a controversial and expensive treatment in Mexico, but died.

Steve McQueen certainly personifies "cool" in his archives.  In reality he was a complex individual with his share of positive attributes.  Being a celebrity certainly adds to the mix.