My Life and Adventures with cars PART TWO 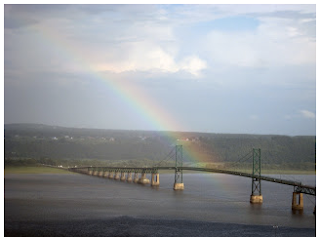 My career took me to different companies that all involved driving in some cases involving commutes of over 40 minutes and others that involved fair size sales territories.  Working with my brother in law who was a partner in an ad agency I ended up doing a lot of freelance sales work for a personal client Orange aPEEL  I helped set up wholesalers and then the strategy was to convince some of their retail clients to stock our product.  Fortunately the wholesalers were expanding from a small base in Ontario to a bigger base.  One factor I noticed was that sales declined in the summer and felt one reason was that many of our pet owner  consumers left for cottages.  One of our wholesalers was expanding to cottage country and beyond.  I went on longer and longer trips and eventually overnight.  I went as far north as Kapuskasing, west as far as Sault Ste. Marie and Windsor and as far east as Gananoque and even Ottawa.  Vet clinics were added on expanding the calls I could make.  Read more more on my Ontario expanded driving.

My daughter insisted that she wanted to go to King's College in Halifax.  Nobody in our families had ever been to Halifax, but in fact it enriched us all.  It was agreed that Heather and her mother would fly, but that someone would have to cart some furniture and other supplies.  I asked the boss at Orange aPEEL if he would help pay hotel expenses if I sold in the Maritimes.  Some of our existing wholesalers (mostly ones I had set up) had a toehold in the Maritimes.  It was agreeable to us all.  She ended up there for five years and I made two two way trips each year.

An important step in the process was staying in my sister's home in Brossard, on the  south shore of Montreal.  I learned two routes through New Brunswick and looped around Nova Scotia covering most of the vet clinics and pet stores in those two provinces and Prince Edward Island.  A conversation with my brother in law, Ali while in Brossard suggested I would as an anglophone do better in Quebec than a francophone would do in Ontario.  I got some help from a French speaking co-worker, Jacques Major who helped me with an introductory speech and later with a special story aimed at receptionists.  Beyond that my French was pretty pathetic, but could struggle with a helpful francophone who proved to be the majority.  But the bonus was that many clinics hired bilingual receptionists or even better they called in their bilingual boss so I was able to talk directly to the decision maker.  I was able to add in two more wholesalers and one of our Ontario wholesalers expanded in both Quebec and the Maritimes.  One co-worker joked that I was really on a vacation, but in fact I was very busy.   http://www.therealjohndavidson.com/2012/07/travels-of-salesman-part-3-quebec.html

On my first trip studying maps I found a shortcut to a stop in Windsor, Nova Scotia.  It reminded of where I learned to drive, with hills and curvy roads.  Ironically Windsor was home to Thomas Halliburton whose name was taken for the county where I learned to drive.Most of the places I called in Nova Scotia were on the ocean and I wondered what was in the middle.  I discovered with one single call that cut across the middle and it turns out the answer is trees.

Read about expanding to the Maritimes.  http://www.therealjohndavidson.com/2012/07/travels-of-salesman-part-two-maritimes.html

At the beginning my trips to the Maritimes were ignoring the bigger audience in francophone Quebec but that too entered my life.

Car rentals weren't part of my life until one vacation where I had won a trip to Florida.  My father in law advised us to rent a car from Rent A Wreck which we did from the Tampa airport.  Unknown to me the condo manager had not been told of my visit, but even though the car did't look like a trustwothy person was driving he believed my story, my wife and four year old daughter were grateful.  We visited Disney World, Busch Gardens, Cape Canaveral and lots of other sites.  On my only other trip to Florida we used them again, but my brother in law had to have his towed away.

On vacations we often flew to a site and rented a car.  From Monreal I rented a Prius, my first experience with an environmentally friendly car.  All I can remember is after returning from Quebec City I had a lot of trouble turning off a loud alarm at my sisters.  Other vacations were to British Columbia.  One time we flew to Vancouver, took a ferry over to Victoria and the next day took another ferry ride to and from Vancouver so my son could compete in a track meet..  Then again we took the ferry back to the airport.  The next time we flew directly to Victoria.  One memorable trip was after we picked up my friend, Bob Stone at the ferry depot in Nanaimo we headed to Tofino, but Bob steered us to the old route that took us by Coombs? for a unique retail experience.  We hit Tofino in the off season, but an interesting place.

The most interesting rental experience came after my car was called to garage and I was told they needed in for a few days.  This happened at the start of the Easter weekend when I was supposed to leave for Halifax   I had well over 100 sales stops planned.  We couldn't get hold of any rental cars that had any available.  Someone suggested try an airport and we were able to rent one from the Toronto Airport and with not that many choices I ended up with a high performance car.  My son was thrilled when I brought it home and the next day I left.  I soon found it could accelerate much faster than my car and I found myself passing other cars, even long streams on two lane highways.  When I met my daughter she was disappointed that wouldn't let her drive it because of rental rules.  When I returned it they at first tried to charge me for all the extra mileage (about $800 as I recall), but they reverted to original agreement considerably cheaper.

Backtrack a little.  On my previous trip to Halifax my daughter had a beginners permit and had taken driver education.  The lens on my glasses came out about 8 in the morning.  Anxious to get going I had my daughter drive to the next town,  Truro where I got my glasses fixed and I realized if I let my daughter drive I could make my sales calls a little bit better prepared.  I made lots of calls and finally decided around 65 or so in Edmonston I would take over as it would soon get dark.  Reaching my sister's I remembered my brother-in-law's original instructions and although I was too confused to use them, this time coming from the opposite direction I did remember.   the next day we got early and left as the Montreal rush hour was in full swing and Heather drove through that.  Again I made lots of calls and when we reached Toronto we again hit very heavy traffic.  Heather handled it very well.  Shortly after our trip Heather went for her license test the tester pressed time asked her if she had any highway experience and after she explained she had driven most of the way from Halifax, including three rush hours he let her get the license on her first effort.

My career has wound down.  Towards the end I found myself once a month delivering newspapers (The Rider, a horse lover publications) over a wide area.  It was my idea to set up a number of librairies spread over four counties.  Another thing happened when one of the partners' mother needed a ride to visit her husband each day in a retirement home.  We had an interesting conversations and I learned to play a game she was fond of.  The game was trying to figure out what vanity plates meant. I got to the point where I could sometimes ask a driver.  Read more:  http://www.therealjohndavidson.com/2020/02/driving-with-miss-jane.html

When I decided to make a few sales calls to Sydney, Nova Scotia I saw two routes so I took them both.  One was the old highway with lots of winding and lake views.  Rita McNeil had a stop along the way.  The other way was a modern highway that wasn't at all boring. At one point I stopped at Baddeck which overlooks Bras d'or Lake where Alexander Graham Bell flew the first airplane in Canada.

The normal route to Halifax had been done a few times and I needed to expand my sales efforts so looking at a map discovered the Atlantic side of New Brunswick which meant driving a little further through Quebec past Rimouski one could head down to Campbellton, New Brunswick through Matapedia country that was another hilly, curvy road with lots of trees.  Very entrancing.

Switching coasts and under the guidance of Bob Stone, we decided to seek out Tofino.  Bob suggested we take the old road that included Coombs with a most interesting retail store.  Along the way we passed Port Alberni (earlier I had interviewed Bill Robinson, a famous basketball player from here) where a tsunami had once reached.  Tofino is a backpacker's ideal.   The three of us stayed overnight.

In Ontario I became attached to Picton in Prince Edward County.  Mostly I approached it through Belleville, but on one occasion curious about a different route out of Kingston I discovered there was a ferry boat ride to the town of Picton.  Just my idea of a quaint village with lots of pleasant landscape in an out.

Another pleasant drive was from the town of New Liskeard which sits on Lake Temiskaming lead to Hailebury with the lake on my left the whole way.  Only one time I approached New Liskeard through Quebec on the other side.  Also scenic.

In case you missed it link to Part One:  http://www.therealjohndavidson.com/2021/02/my-life-and-adventures-with-cars-part.html