A Self righteous view of enlightenment 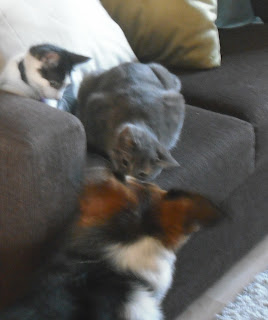 Egerton Ryerson was in recent news, not commending him for his significant contributions to Ontario's education.  Like most I was upset about the discovery of 215 young bodies at a Kamloops residential school.  I would agree that he did have something to do with that.  He felt education was very important and felt his enlightened views required assimilation of those who lacked his viewpoint.

Like many of my readers I like to think I am enlightened.  Unlike most of my blogs I am deliberately using  the first person pronoun as this is intended as a confession.  Usually I feel free to be critical of those who do not share my enlightened views and feel superior to most  of those who preceded me, because frankly they were not as enlightened as I am.  If you were so inclined I believe you could find a similar personal history.  But I have learned life is an ongoing education.

The concept of temporal centrism is something most of us are guilty of.  We feel that all history has been a buildup to our current more important times and what happens today is a foundation for the future.  We also tend to think of some people as heroes or saints and others as evil when in reality all humans contain elements of good and not so good.  We have progressed by harnessing the good and are held back by the not so good

As a youngster I recognized my parents knew lots of things I didn't, but as I reached adolescence I thought they missed the boat on all kinds of things.  When I went to university (the first of my family to do so) I knew I was more enlightened than my family.  Reaching the time to earn my own living I realized that the world was full of people who didn't recognize my true worth.  I like to think I truly am enlightened and deplore the amount of ignorance that surrounds me.

Every now and then I feel forced to do some self examination; maybe retirement gives me the inclination and opportunity to do so.

Most of my life I have been totally unconscious of white privilege.  I didn't struggle to get fed, clothed or sheltered.  The opportunities to nurture myself were taken for granted.  My parents encouraged me to read through bedtime stories and buying books, even including an encyclopedia.   I had some good teachers in school and was encouraged to apply to university (not something I thought about for many years) and at that time government policies made it easy to borrow money.  University was in many ways mind opening.  I met students and teachers from literally around the world from all sorts of background.

At one point I felt compelled to study my family tree and that of my wife.  On my side most of my ancestors were of British stock which enabled a relatively easy passage for the opportunities offered in North America.  I was surprised to learn that some were very religious.  Some were Pilgrims and others Puritans.  One even came over on Fortune, the boat after the Mayflower which appealed a little to my vanity until I read the elite had been chosen for the first voyage while the "riff raff" came over a year later.  Another group were in Massachusetts and had a religious dispute and left in the middle of the night to go through a forest to reach the Springfield area and set up their own church.  Some were involved in the American Revolution and a few left for British North America.  Still another branch were Mennonites that originally had fled Europe and later feared being forced into American militia and left for the Markham area of Ontario.  Still another branch had been among the Scots settled in Ireland to help control Catholic Irish.  Other branches came to North America relatively recent (within the last two centuries) and I was disconcerted to learn two branches contained members of the Orange Lodge.  Another ancestor was a Methodist circuit rider,  In short there was a lot of self righteous believers in my past.

On my wife's side her ancestors were Italian and Ukrainian making the transition to North America more difficult and found themselves trying to fit into an established English speaking culture.  They overcame all sorts of obstacles and achieved a variety of successes.  I came to appreciate there was more than my mostly British background and expanded my range of enjoyable activities.

Going back further I am sure some of my ancestors assumed the world was flat and only concerned themselves with their immediate neighborhood.  As time went by they gradually became more sophisticated and eventually led to the world I live in.

My father inherited a coal business from his father that became untenable, but provided a foundation.  His true love was driving and working from a delivery van for a drug store he progressed to a bus driver and eventually got his own trucking business.  I got used to him away from home on the road for 14 hour runs and resented him for occasionally forcing me on some of his trips (but absorbed some of the new adventures).  Now I look back and see an intelligent man, frustrated in many ways with his own insecurities but also one who with my mother tried to steer me in the right direction.  I remember him explaining that he was an agnostic, which meant that unlike atheists who felt they knew the truth he was open minded.  I adopted this posture.

Over the course of my life I had many interesting experiences, but recognize that I was very fortunate not only in having the opportunities (not all of which I recognized or took advantage of), but also had been encouraged to take advantage of many of them.

Long before retirement I came to think of myself as enlightened.  If I wasn't as successful in the work world as some of my friends and relatives I could be smug in my open minded enlightenment.  Only I realized I wasn't as open minded or enlightened as I thought.  Some of the books I read, entertainment I enjoyed and people I talked to pointed out I really was ignorant and limited in my vision.  On such occasions I congratulated myself for learning something new and felt a little more enlightened.

A few links to illustrate some of my self righteous enlightenment:

although I lived in a rural area for two of my adolescent years I didn't fully appreciate it;                http://www.therealjohndavidson.com/2020/10/what-about-those-hicks.html

I thought as an enlightened progressive I was above looking down on people.    http://www.therealjohndavidson.com/2013/02/the-righteous-mind.html

I seldom thought gay people were human, but check the 4th paragraph: http://www.therealjohndavidson.com/2015/05/sex-in-classroom.html

a book explains how even whites are hurt by racism in their desire to hurt:  http://www.therealjohndavidson.com/2019/06/dying-of-whiteness.html

That is some of the baggage I bring to the state of the world.  Egerton Ryerson is not the first commended person to have unsavory connections revealed.   In school I vaguely remembered hearing he was an early and successful advocate for education.  Before my time an institute was name after him and more recently upgraded to a university from which I met at least one graduate. One thing I learned in university was how prejudice started with basically the core being pride in your own group meaning other groups had to be inferior in some way.  As I perceive it now, Ryerson felt non believers would be better off if they assimilated to our (his) beliefs.  To some degree most of us are like that.  For instance if we have come to appreciate the nuances of golfing we feel others are missing something--if we understand progressive politics to be ideal we frown on those who are opposed.  A recognition that education is important is surely commendable while we can still deplore mindless assimilation that deprives humans of basic freedom.

John A MacDonald helped found Canada and as a proud citizen I find it easy to admire his intelligence and persistence to make it happen.  That he drank too much might be understandable considering the frustrations he must have endured.  That he made some underhanded deals and discriminated against the Metis and others is not something we can be comfortable with.

A good example of someone who is admired, but had a deplorable side is Thomas Jefferson.  His words for the Declaration of Independence are beautiful and he did numerous good deeds.  We have always known he was a slave owner, if relatively enlightened.   We also know he fathered children with one of his slaves.   For more on this:  http://www.therealjohndavidson.com/2017/06/thomas-jefferson-and-sally-hemings-make.html

A personal hero of mine has been Mohandas Gandhi who from an early age I thought as strong,intelligent, courageous, tolerant and incredibly disciplined.  I have since learned that he could be petty and abusive to his own family. Still he did things that set new standards for humans.  He is still someone I admire, but realize he had his share of human frailties.  Illustrating how an odd personal coincidence at an impressionable age set up a lifelong attachment to a "saint" who really was a remarkable human with faults check out:  http://www.therealjohndavidson.com/2012/08/gandhi-life-long-fascination.html

The point is not that we all have flaws, but that we are all products of our times.  It is very likely that our descendants and those that follow us (assuming we don't screw things up too much) will look upon us as unenlightened about the really important issues.  Some already feel meat eaters are hurting everyone.  I can deplore Egerton Ryerson, John A MacDonald and Thomas Jefferson for their flaws, but also recognize they rose above many others to accomplish positive achievements that we all benefit from.  Let them who are without sin throw the first stone.

The photo is of our two cats , Oscar and Izzy confronting my daughter's dog, Lexie.  They couldn't figure out what to make of the other.